Let’s Talk about the Acerra Family

Louis M. Acerra was only 30 years old when he died from serious injuries he received in a house fire caused by a defective dishwasher. In 2009, he suffered from third-degree burns to most of his body. He survived for two years before passing away in 2012. At the time of his death, Mr. Acerra was a single man. He had never married and he didn’t have any children. While he was still alive, a lawsuit was filed on his behalf against the manufacturer of the dishwasher for negligence and for Louis’s injuries. While the suit was pending, Louis passed away. His estate was eventually awarded $4,706,250 in a settlement.

Since Louis had not created a Will, the money that was awarded to his estate would be divided under the New Jersey Intestacy Statutes. These statutes determine who receives what and in what percentage. It tries to divide things in an a way that most people typically do, so there’s an amount left to a surviving spouse or domestic partner, then to children, then to parents, then to grandparents, then to aunts and uncles, then to step-children.

In Louis’s situation, he was not married so there was no spouse or domestic partner. He had not had children. His mother had passed away before him. His father was unknown and so where his whereabouts. And both of his grandparents had passed away. His mother had two living sisters who had the same biological parents as she did. But, his mother also had five half-sisters.

Look … a color coded chart to make it easier!

The intestate laws are pretty straight-forward for his mother’s full sisters. They would evenly split the $4.7 million. Talk about a big pay day!

Their argument makes sense, right? When you think of a “half-blood relative,” most people think of half-siblings, not half aunts and uncles. In fact, the previous version of the statute only included half-siblings, and did not include half-cousins. (36 N.J.L. 418 (E. & A. 1872)), but that law was changed. With the statute changing, the implication and application of the law also changes. Besides all the legal jargon, it seems a lot more appealing to the two aunts to split a $4.7 million inheritance1This amount was also divided by court costs and attorneys fees, so it was a number less than $4.7 million, but the court opinion doesn’t make clear what that amount was. between two people instead of among seven people, five of whom are half-siblings.

There are two lessons to be learned from Louis Acerra’s case.

The first is that yes, half-relatives are considered whole-relatives, no matter how remote the “half-ness” so long as we are at that level of the intestate succession. This could potentially include half-cousins.

The second lesson, make your Will. It doesn’t matter how young or young at heart you are. Sure, you don’t want to think about dying. That’s a tough thing to think about when you’re in your 20s, but Louis was injured at 28, hadn’t made a Will, and died at 30. He was a young person who suffered a horrific accident. He had no control over what happened to the settlement proceeds from his injury and it resulted in a massive, complicated lawsuit that included around sixteen people, at least five attorneys, and at least three judges to determine how Louis’s estate should be divided.

In the Matter of the Estate of Louis Acerra is an unpublished opinion, which means that it is not presidential or binding on any person or court except the parties involved. 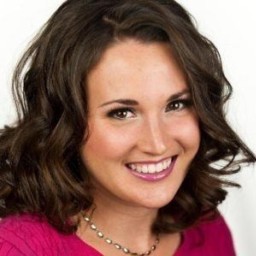